Grow Toward the Light of a Bright Financial Future 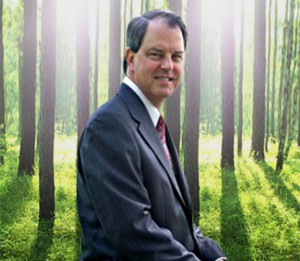 I am life-long resident of Chicago and the south and west suburbs. I was educated at St. Laurence High School, DePaul University, and DePaul University College of Law. I have been a working lawyer since 1982. I live in Brookfield and practice in LaGrange.

My entire career has been in the field of debtor-creditor and bankruptcy law. I started in the area of foreclosure, then moved to personal and business bankruptcy. During the banking crisis of the 80s and 90s, I was a Senior Bankruptcy Attorney at the Federal Deposit Insurance Corporation, collecting money from failed banks and savings and loans, to help protect the nation’s banking system. I worked for 13 years at Grochocinski, Grochocinski & Lloyd in Orland Park, where I represented debtors, creditors, and trustees in personal and business bankruptcy cases. In 2012 I opened my own law practice in LaGrange, representing individuals, families, and small businesses, as well as bankruptcy trustees, in bankruptcy matters. Because many of my clients are located southwest of the Chicago area, I also have an office in downtown Joliet.

To find out more about us, view our extended profiles by clicking the following links: